The proposal of 23 dwellings located within a sensitive conservation area in the village of Staveley. 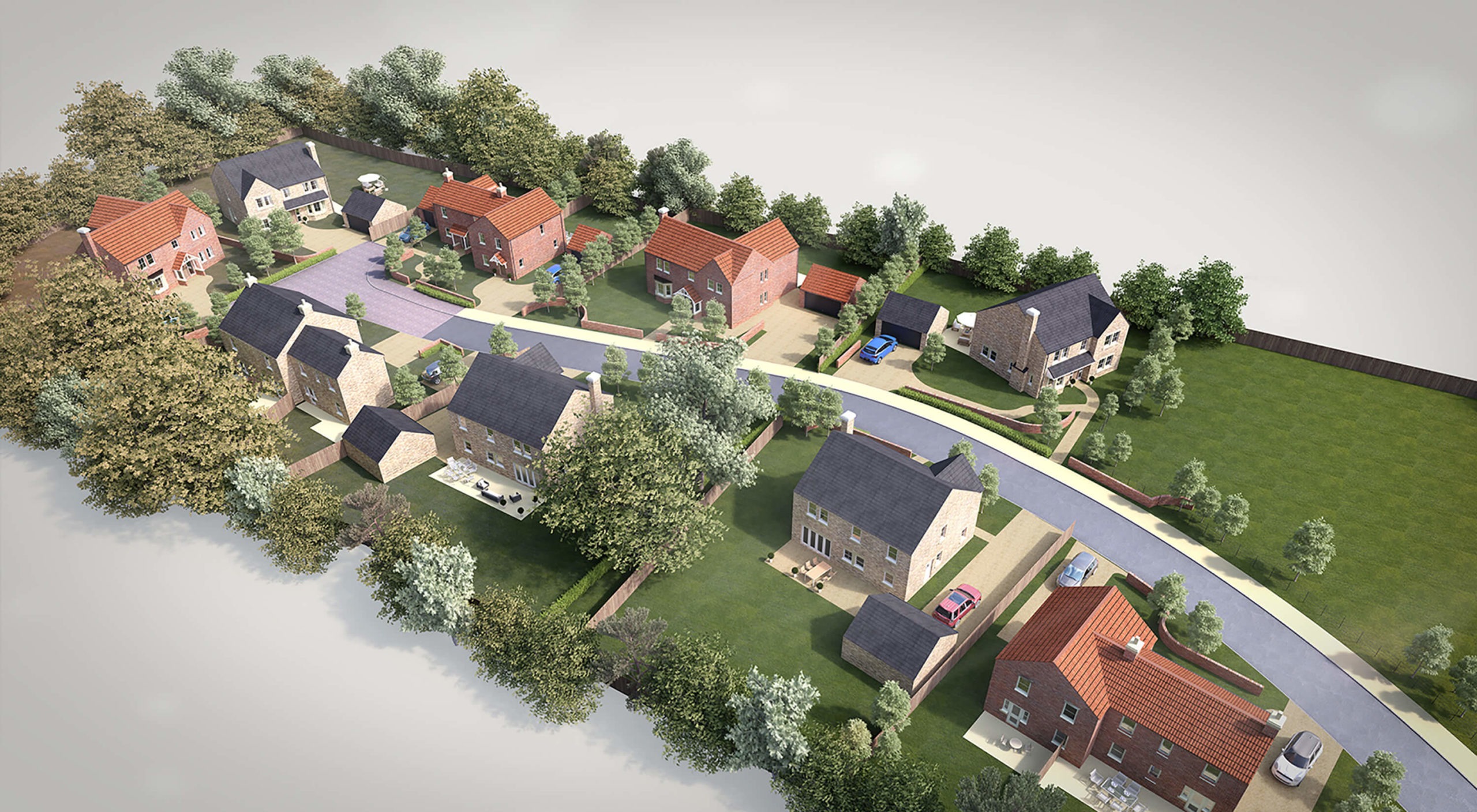 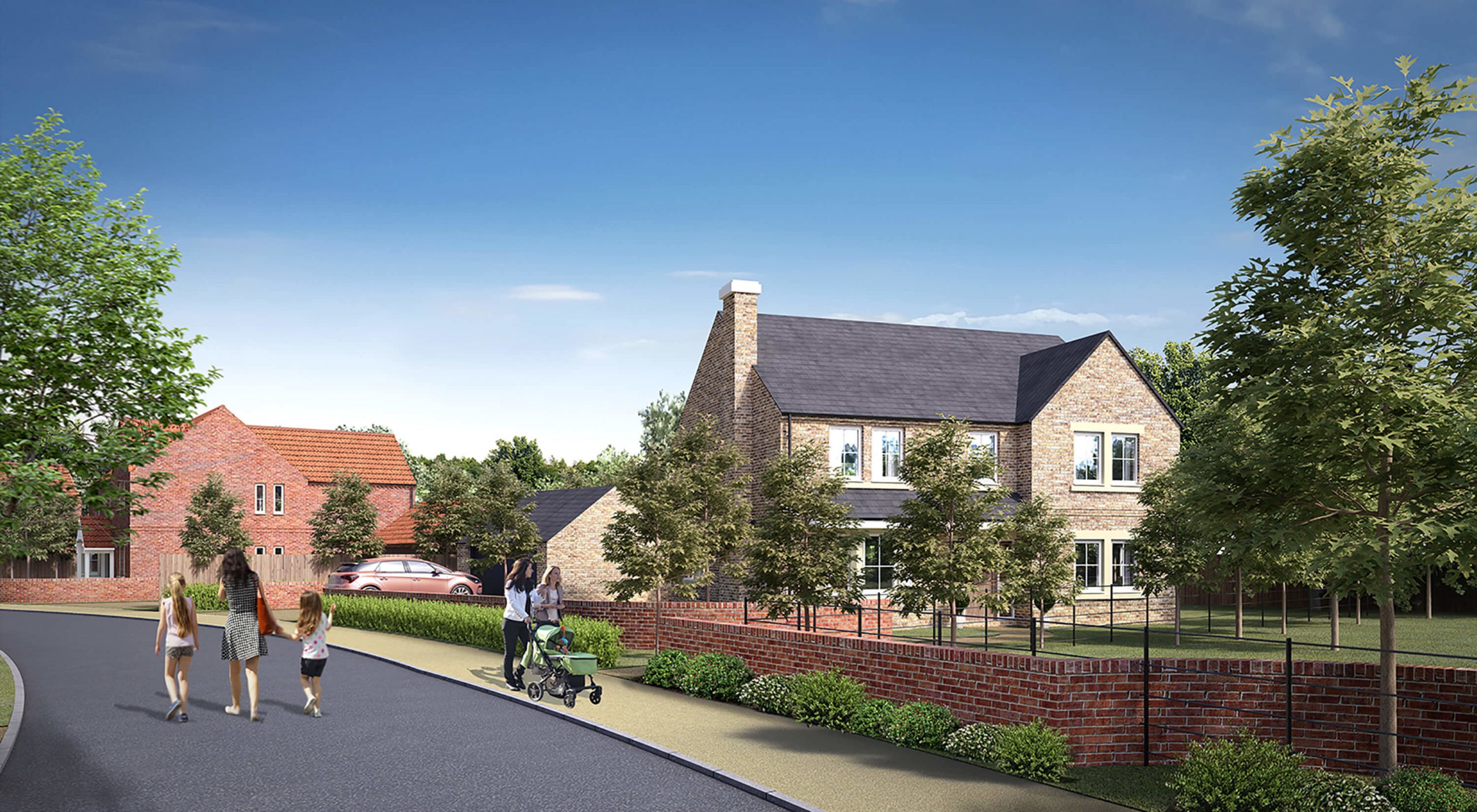 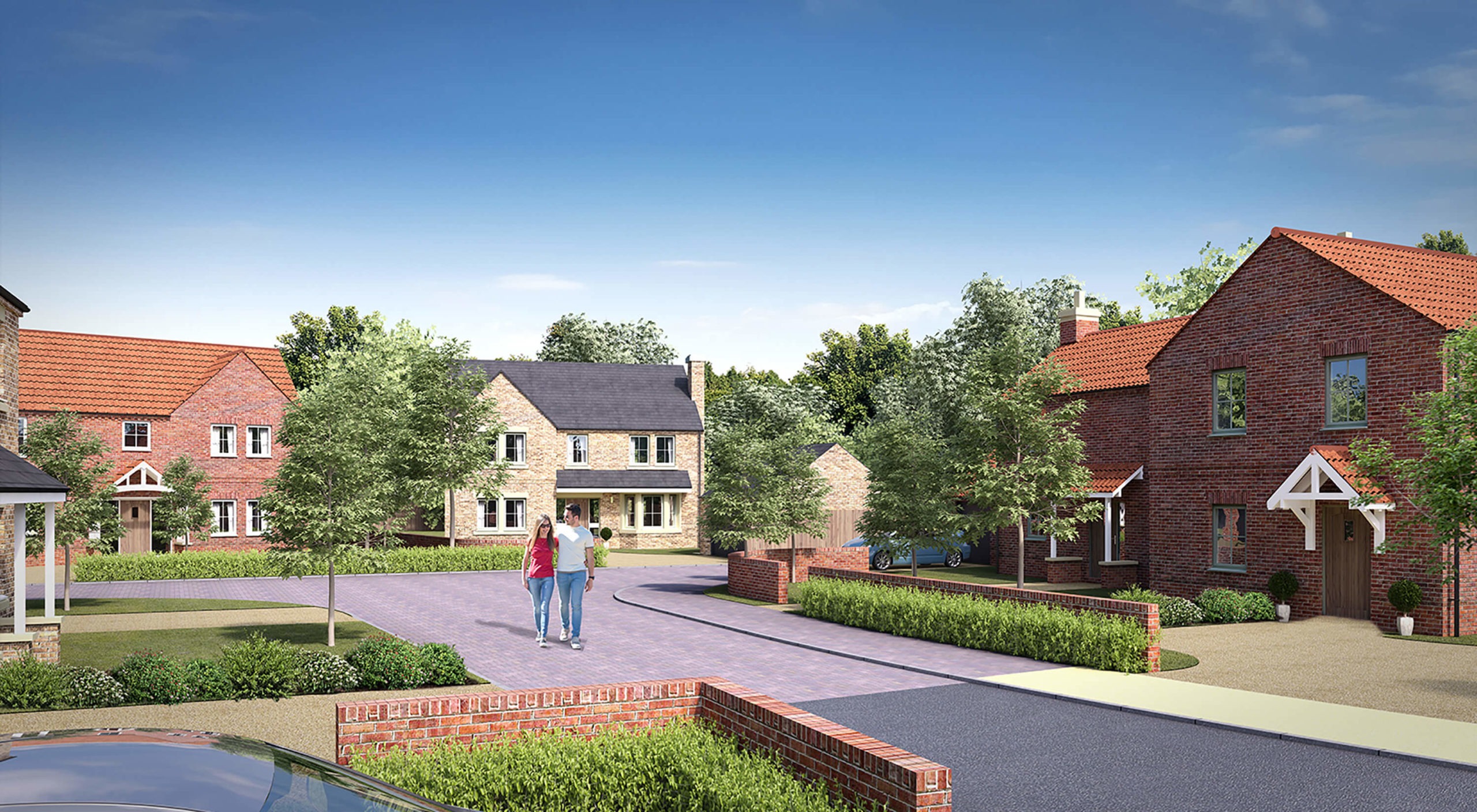 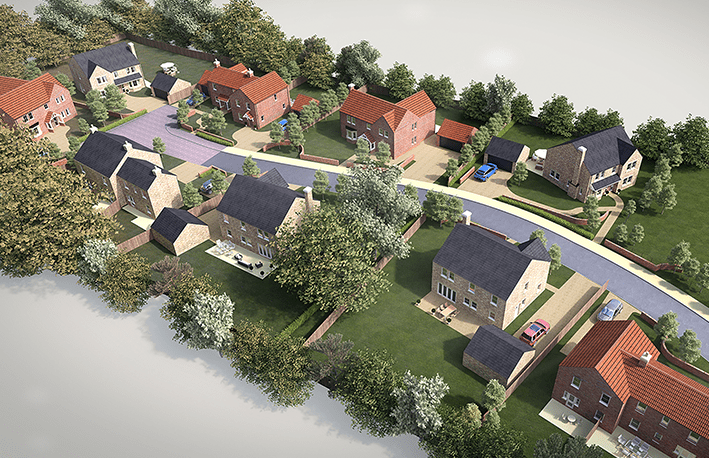 The proposal of 13 dwellings located within a sensitive conservation area in the village of Staveley, the scheme responds to a number of contextual factors in particular the importance to retain open space.

The layout has ensured the density is low and is situated away from the trees that surround the site. As part of the landscaping response, we have ensured generous space around the hedgerows to allow the opportunity to grow and repair as they are currently sparse and poorly maintained.

A material pallet was developed which proposed two different appearances which were mixed throughout the site to provide interest. Two variants of hand-made bricks were proposed, one of which lent itself more to slate and one to clay roof tiles. This proposal reflected the local vernacular within the conservation area.

The planning application was undertaken by a planning consultant.

S+SA developed a scheme which provided a high quality development proposal and responded to the intricacies of the site constraints. Through developing standard housing types for Jack Lunn which could be modified as per the local context, we were able to provide the developer with some assurance that the house type proposals were consistant and inline with planning policy and building control as well as providing an economical solution.

The provisional sketch design investigated the option of a higher density on the site, however through design analysis and collaboration, we amended and enhanced the layout to introduce a green buffer to the entrance of the site which allowed for both enhanced views over the surrounding countryside and wider village. This was an important design response consideration. Creating long-term positive environments was also an important aim for the project team, and as part of this, the creation of private, semi-private and public space were key considerations.

Take a look at some of our other recent projects of this type. Or if you would like to know more about our core services please visit our Services page.

"They were central to and acted as the main conduit between the Trust’s Client representative and numerous Key Stakeholders involved, resulting in a participative and consultative design process, benefitting the Project as a whole”.