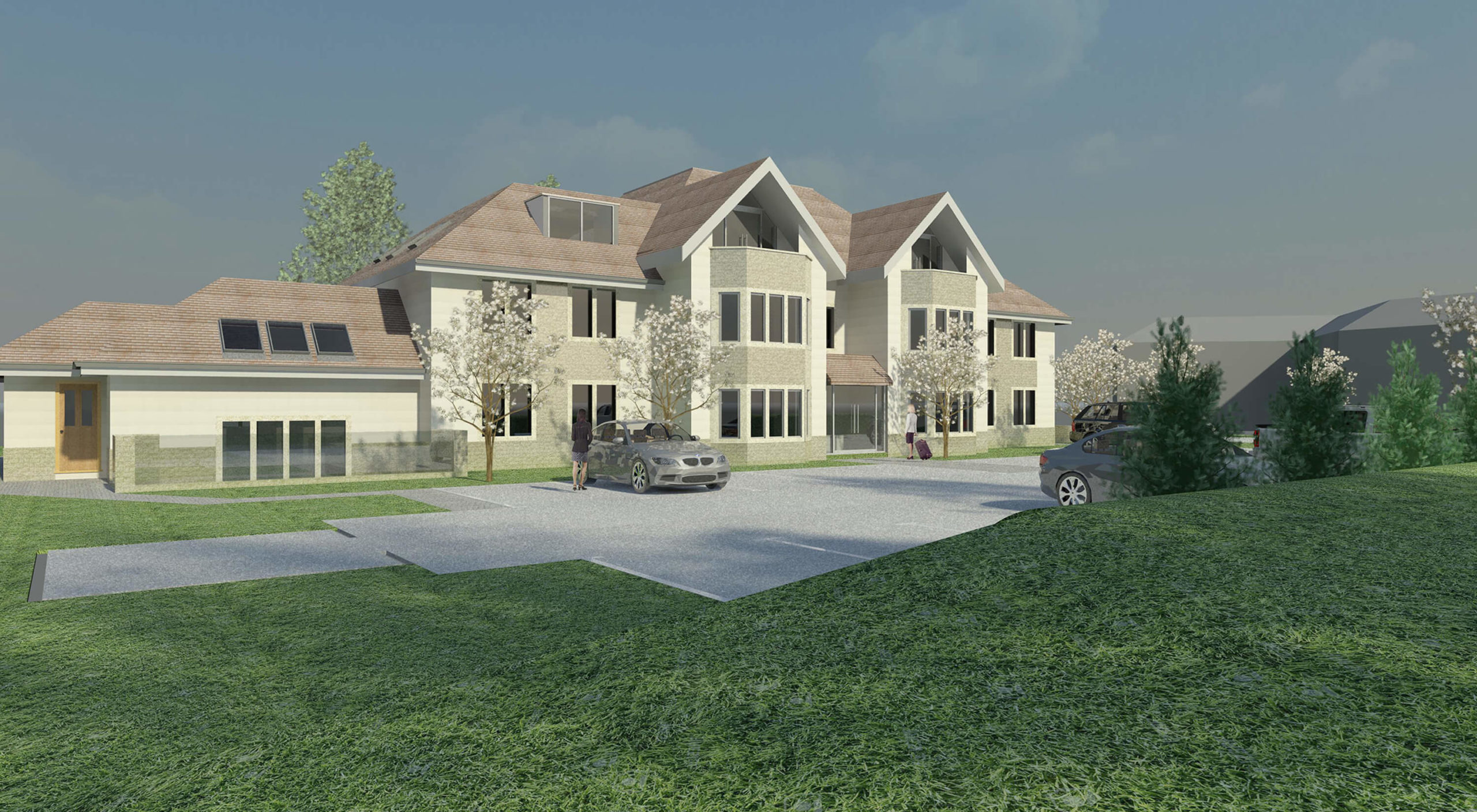 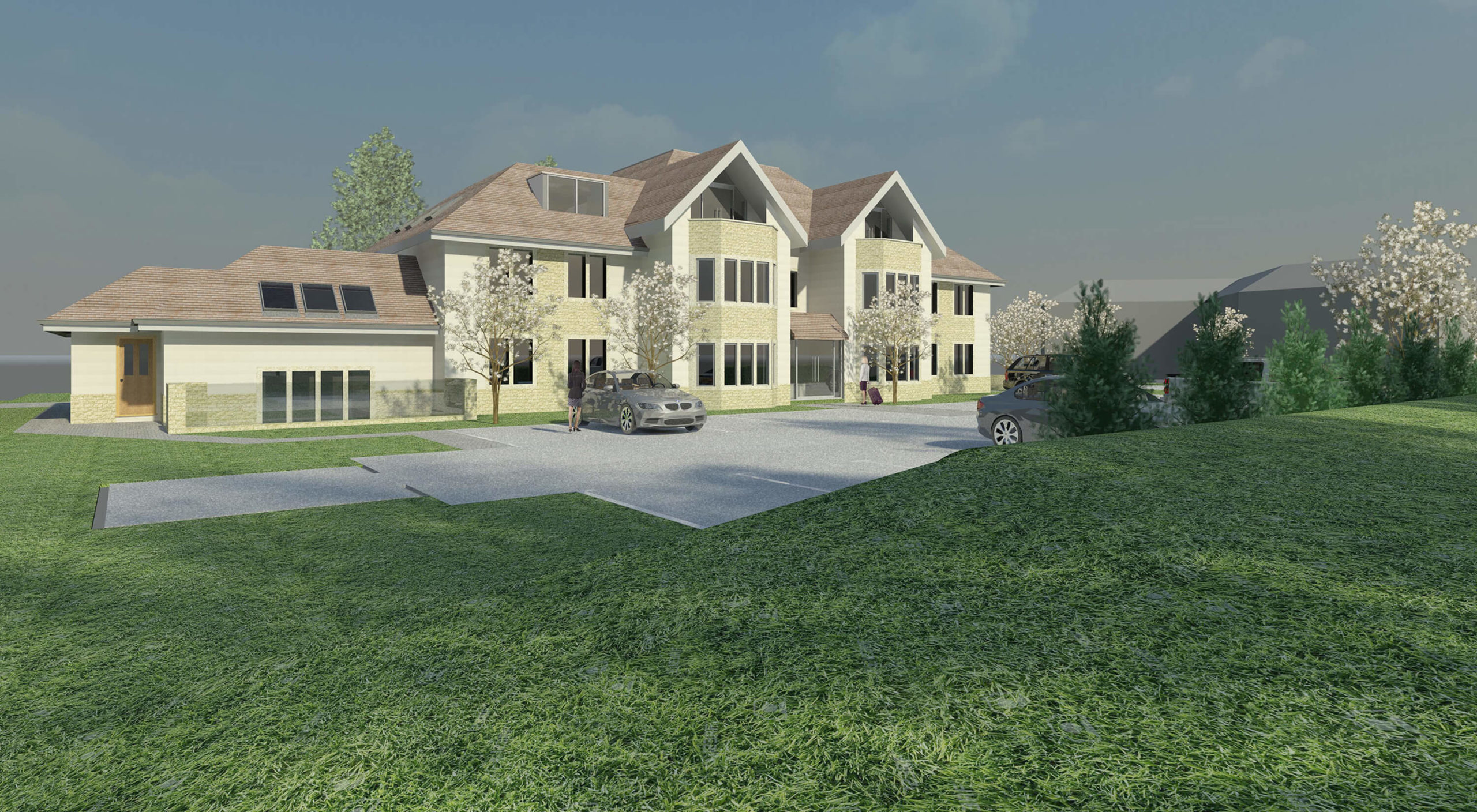 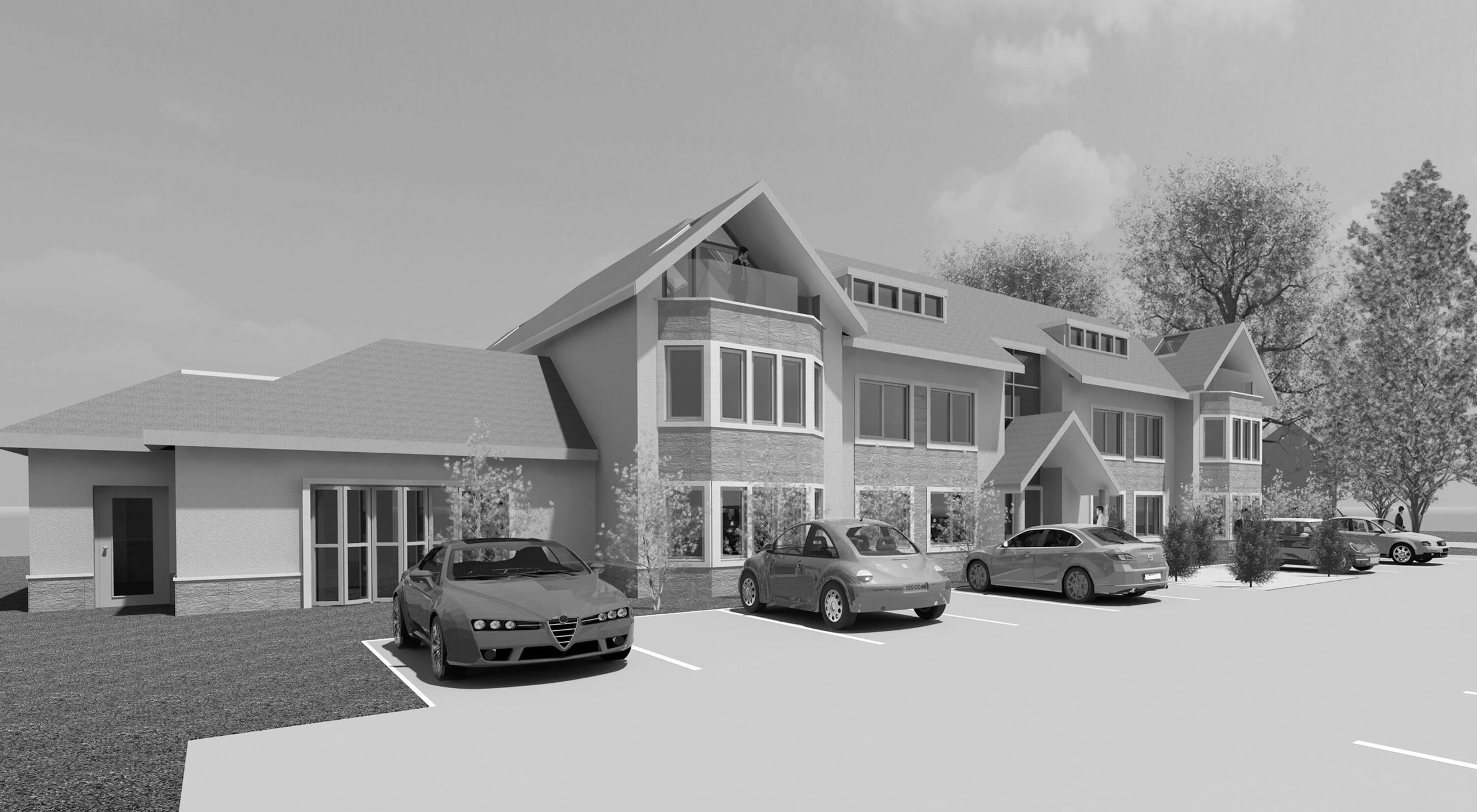 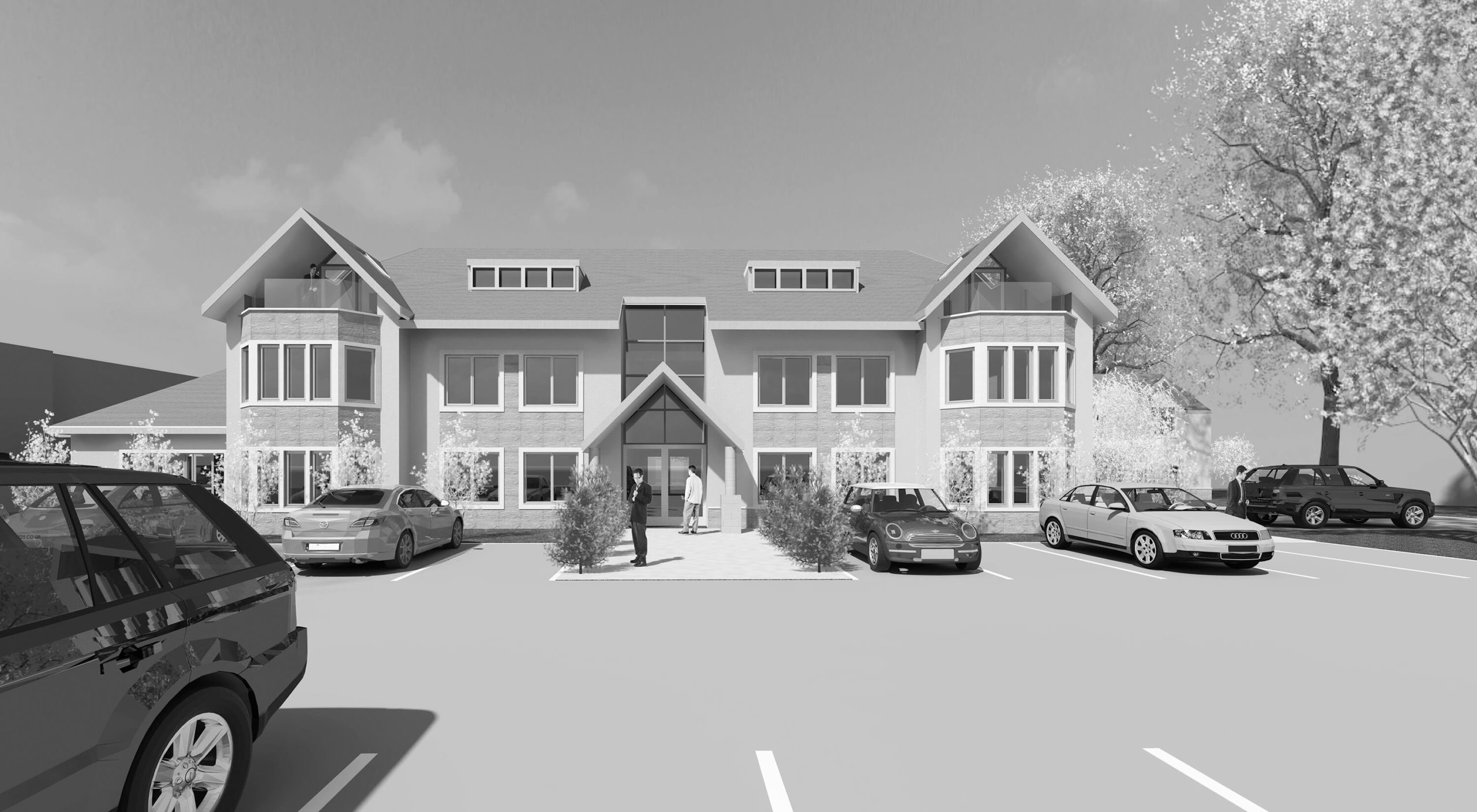 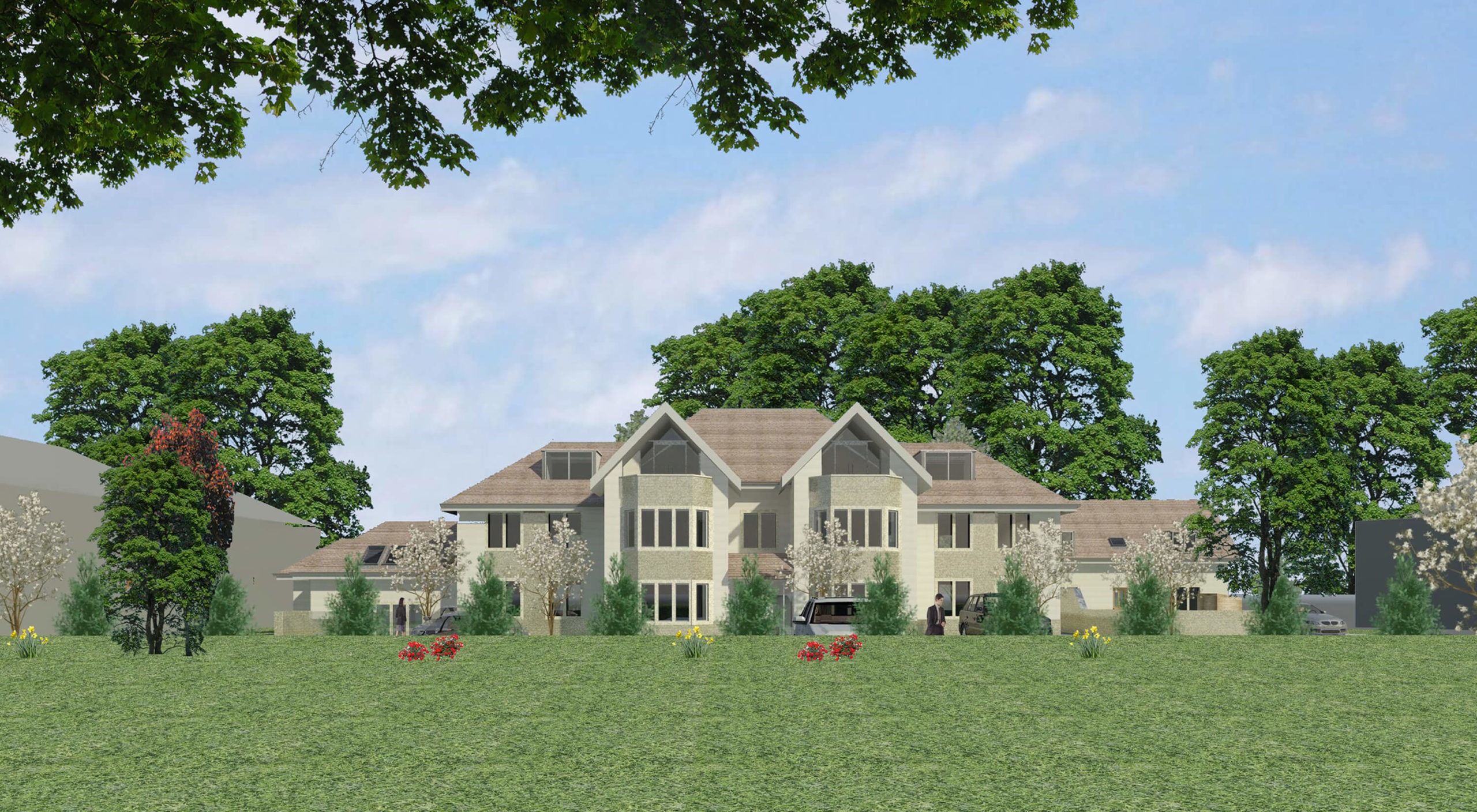 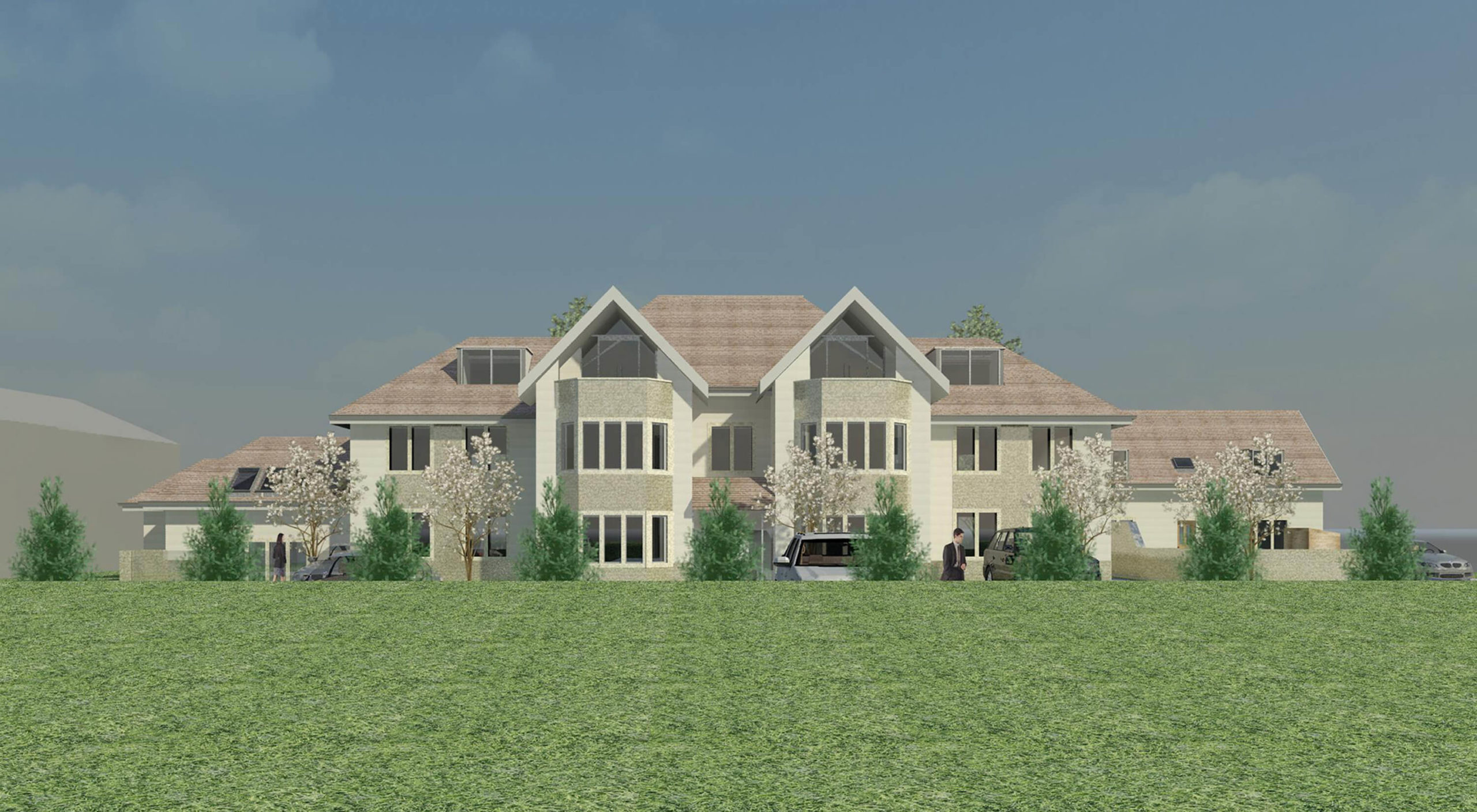 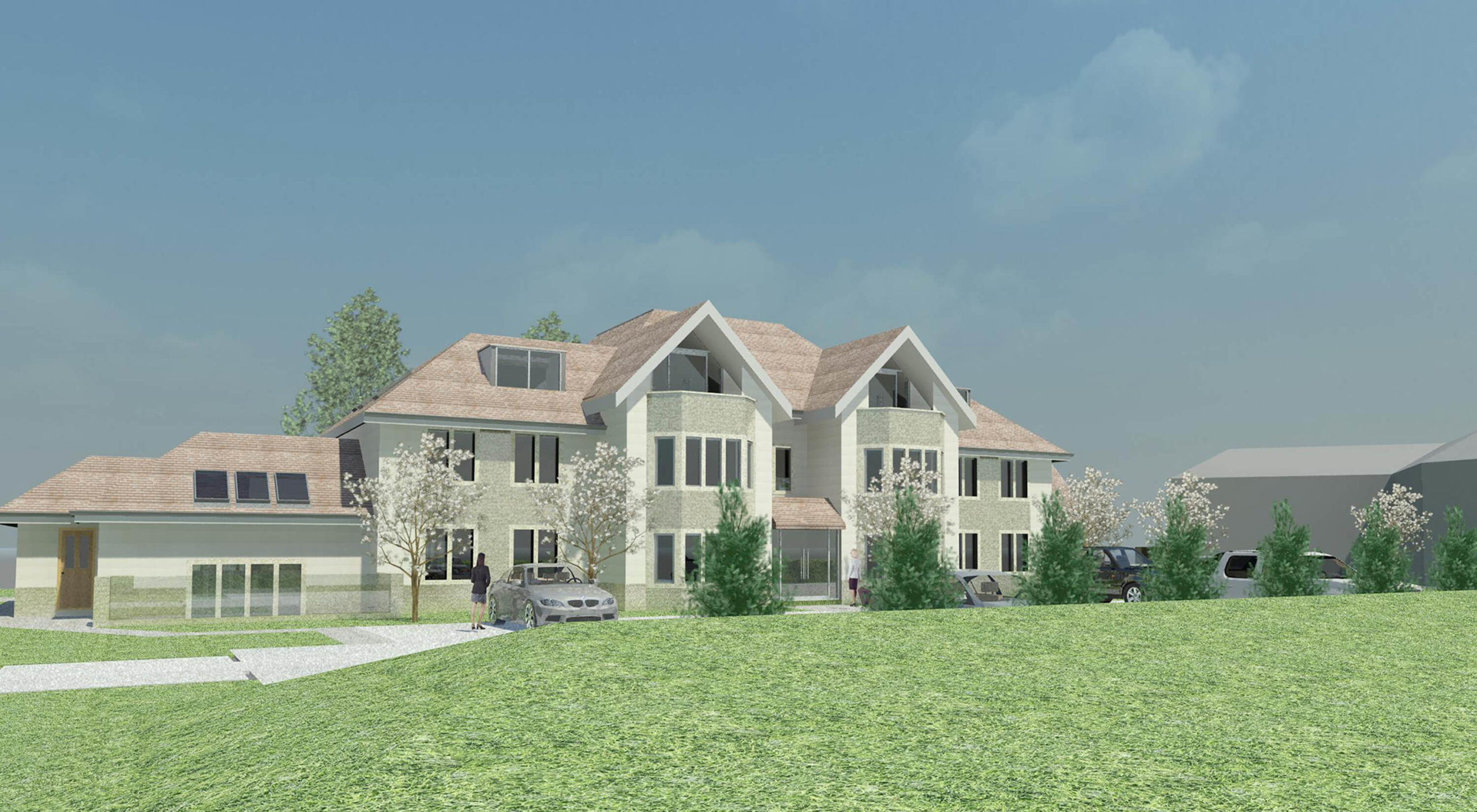 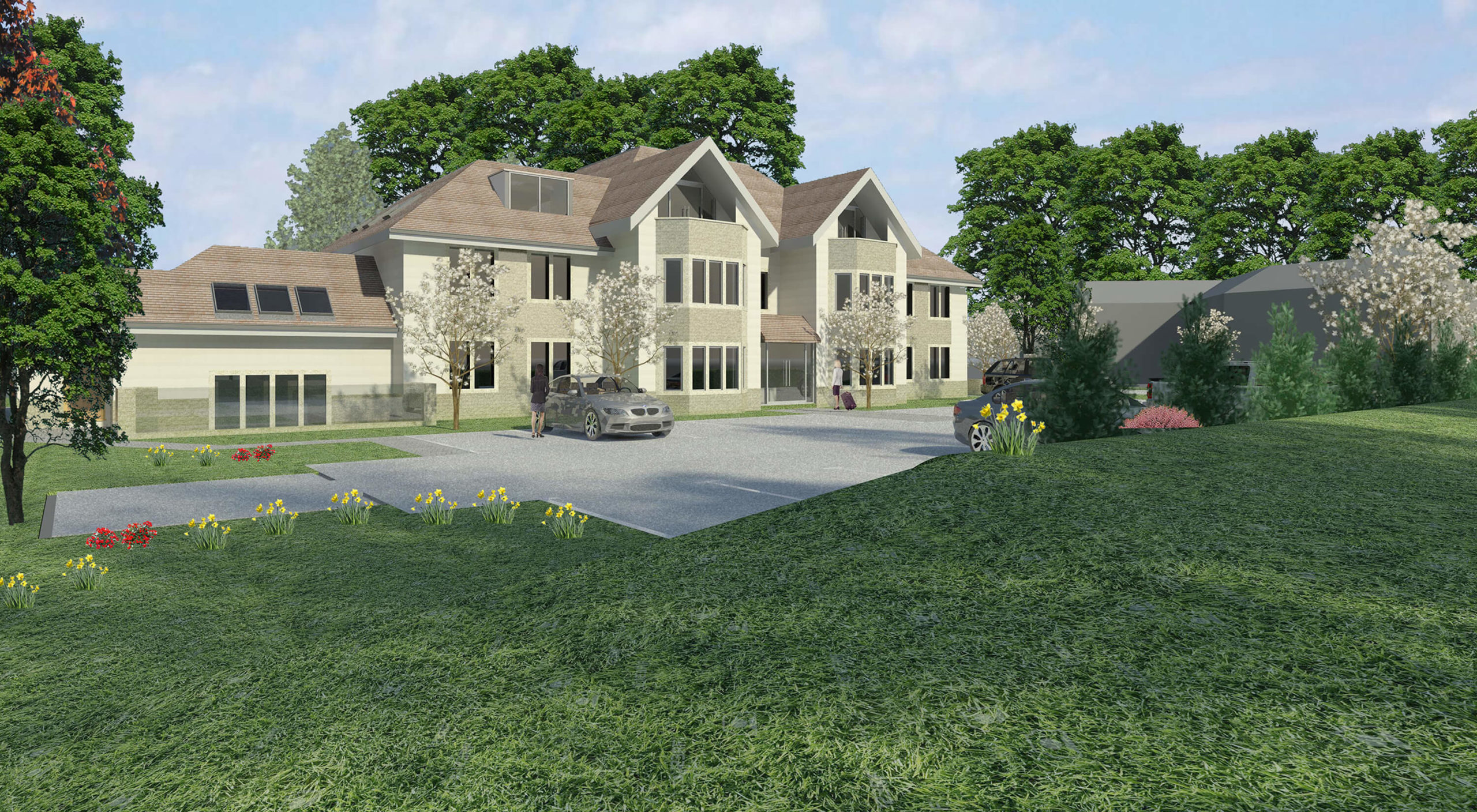 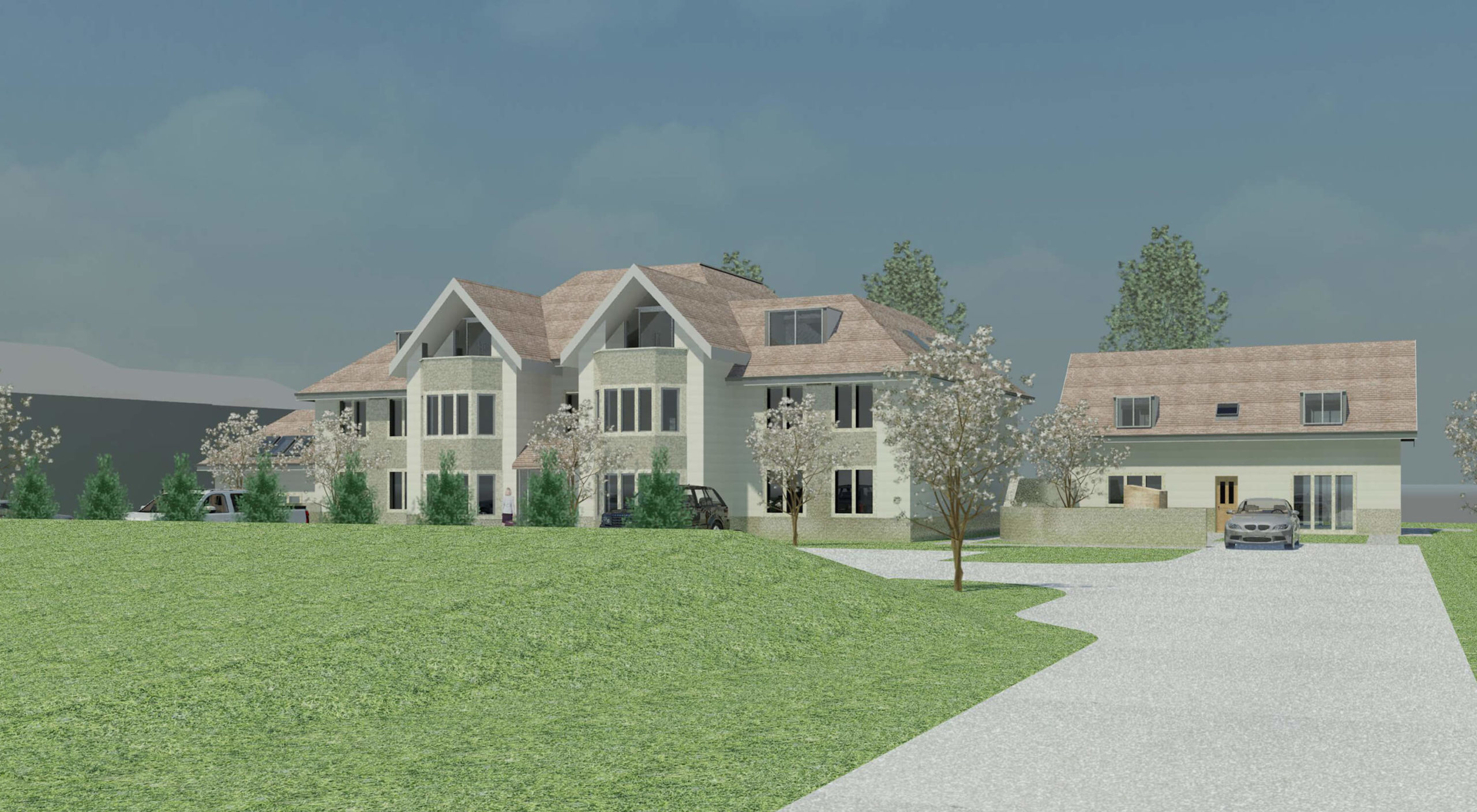 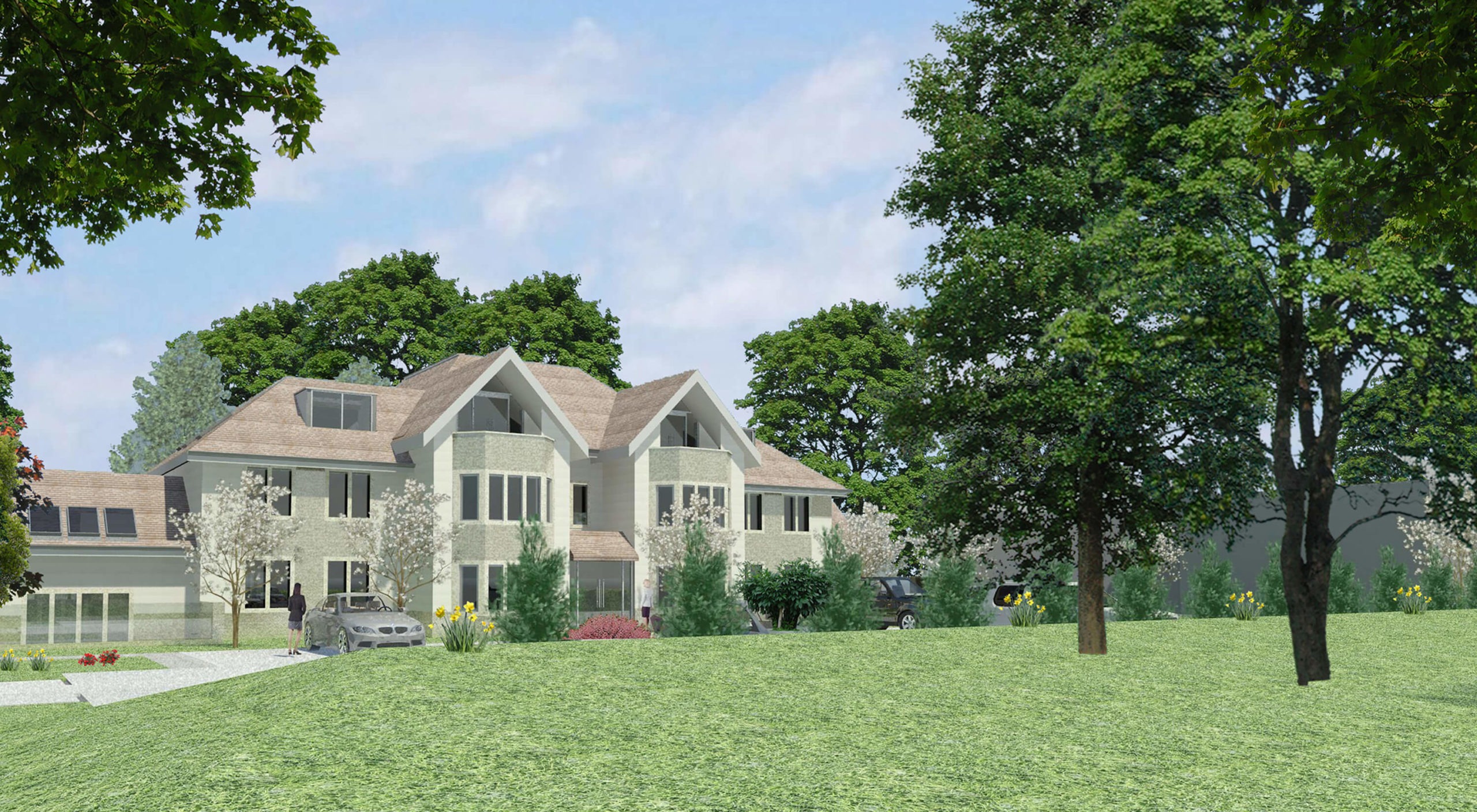 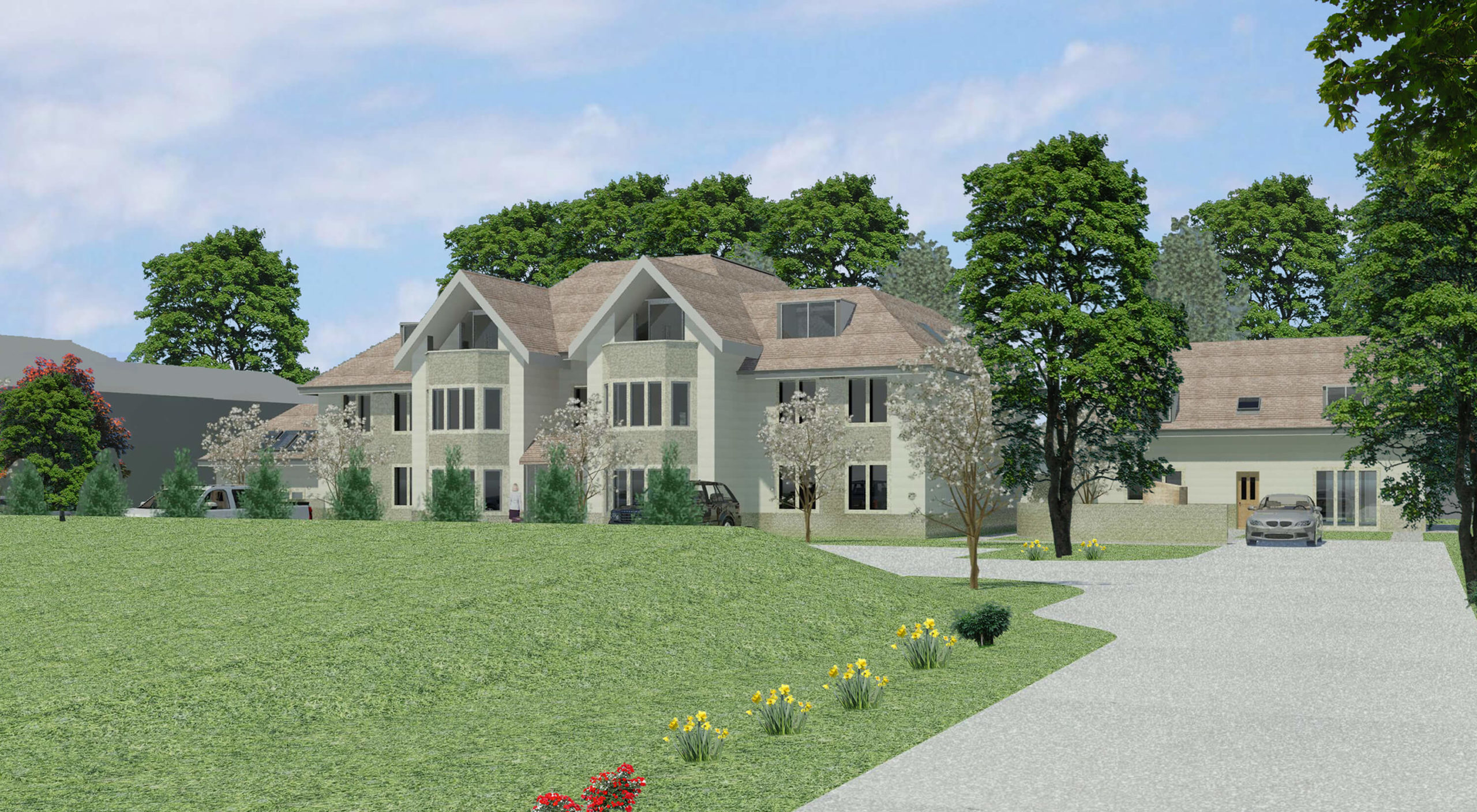 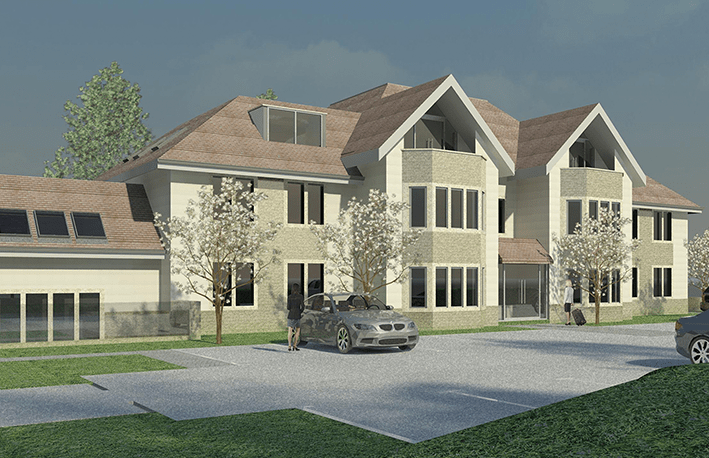 Demolition of the existing redundant care facility currently occupying the site followed by the development of a new build apartment complex compromising of 10 apartments and a coach house including landscaping and carpark works.

The scheme was previously designed by S+SA Architects, but the site has since been purchased by a developer who wishes to make a number of changes to the proposal to improve the layouts of the apartments. This will include the reduction in number of apartments and a lift will be included within the scheme.

The scheme is within the Harrogate conservation area, as such the proposal is sensitive to the local context taking key characteristics of the existing building and surrounding architectural vernacular. The three storey apartment building has been designed to retain a domestic scale on the site using the existing buildings scale as reference.

Our involvement was from the initial design stage through planning and on the technical design stage. We novated to the contractor during the construction phase.

Our first involvement in the project was in 2015.

We spent a large amount of time developing the scheme to fit within the current developer’s aspirations for the site while working around the challenge of remaining close to the approved planning scheme. This resulted in a reduction in the number of apartments to enable each apartment (apart from two), to be completely individual and with duel aspect across the surrounding grounds.

Take a look at some of our other recent projects of this type. Or if you would like to know more about our core services please vsiit our Services page.

"S+SA Architects have been extremely proactive during the design process, working collaboratively with the design team and engaging with a challenging planning process to provide a successful design and a subsequent approval"